Behind the scenes: 2 year anniversary 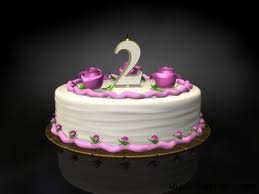 Exactly two years ago today, the seed for the Farewell tour was planted during an Indian dinner in Stockholm. I've told this story in many interviews but since it's the anniversary, I'll tell it one more time.

It was during my Summer vacation. I decided it was about time to go to Stockholm and meet up with Jon, Jesper and Urban as it was quite some time since we last saw each other, especially all of us at the same time. We emailed back and forth for some time to set a date that suited us all.

The idea of getting together for one last time to say goodbye had been in my mind for quite some time, and I believe Jesper and I had talked slightly about it earlier, but it hadn't been properly discussed. So after a couple of drinks and some food and the usual small talk/catching up I unveiled my secret agenda for the meeting: One final Nasum show. Jesper was into it at once, while Urban and Jon were a little bit uncertain. I clearly remember Urban saying that he never even had thought of it earlier.

We discussed the pro's and con's for a while and someone - not me - suggested that we should do a tour instead of just one show, and that really got the ball rolling. Jon and Urban got into the idea and a few drinks later we had as a start decided to do a couple of rehearsals just to see how it would feel to play the songs again. And then we went and caught the last song of a Converge show.

Two years later we are a little bit more than halfway into the Farewell tour and what ever worries that have been bugging us during this two years are completely blown away: We made the right decision and we are having a hell of a good time.

Thanks for your support and hope to see you on the remaining dates of the tour!

Previous posting:
Obscene Extreme and Ilosaarirock
Next posting:
Behind the scenes: Tattoos!