A new (sort of) release! A green tape! 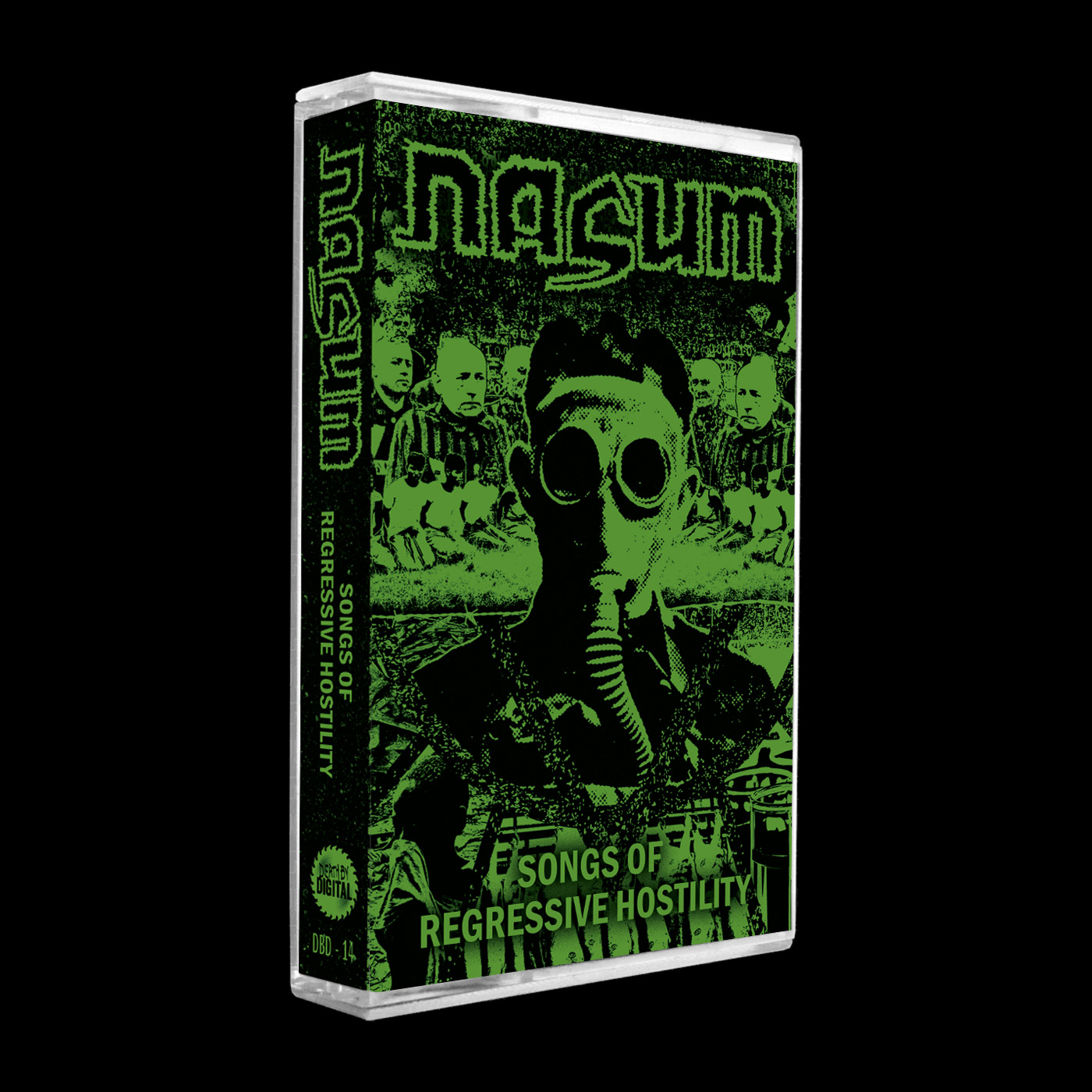 It's time for a new Nasum release, if you by "new" mean "old shit rehashed in a new format", that is. This time it's a tape, a green tape to be specific and its content are the songs from the "Regressive Hostility" compilation CD, thus the release is called "Songs of Regressive Hostility".

Why is this released now, and why a tape and why a green tape in particular? Well, I will answer those questions:

Why now? This recording is one of my personal favorite recordings with Nasum. It's the second recording we did after I started playing the drums and doing part of the vocals. This was the first one in the first version of Soundlab Studios (then called Punkpalace) and the sound was far better than the previous recording ("The Black Illusions"/"World in Turmoil"), that had its definitive charm but was on the rough side. Anyway, I was – and still am – very proud of this recording and I have always thought that had it been a stand-alone Nasum release it would have been a classic. So, I have sort of been longing for an individual release of these songs for years and years.

Why a tape then? Well, last year, when the whole pandemic shit put the world on hold, I saw that my friend Doug Brown, the director of the "Slave to the grind" documentary and the man behind the Death by Digital label, asked if someone could help him with some Photoshop work for a few cassette releases. I said that I could do it and I helped to do the J-Cards for tapes with Agathocles, Meth Leppard and Lurid Panacea. Quite recently Doug asked if he could do something with Nasum and I thought of my old idea once again. I fooled around with a few different titles before settling on the most "on the nose", as I didn't want to give the impression that this was new or unreleased stuff, so it's named after what it is. The artwork I acquired after discovering a fan made Nasum t-shirt on Instagram. I got in touch will Ill Will that screen-printed a few t-shirts and we came to an agreement and I could use the design for future projects. I was going to do a t-shirt only first but it's such a good and fitting artwork that I really needed to use it as a front cover for the tape.

And finally, why green? This recording was done in 1997 and we had begun talking to Relapse about doing something together. I had previously done two demos with a band called Stationwagon where the first one was blue and the second green, and I had some green tapes left. So I recorded the songs on one of the leftovers and sent it too Relapse and they liked it and it eventually led to a record deal and obviously "Inhale/Exhale". At some point they referred to "that green tape" and it really stuck with me. I doubt that any of the current Relapse employees knows what "the green tape" is, but it stayed in my mind and it was of course obvious that this re-issue should be green!

So, completists or tape freaks, this is now available for order. It's limited, as it should, so act fast. The artwork is of course available as a black t-shirt with green print, but it is also done with grey print as the latest addition to the official merchandise selection over at Selfmadegod Records. 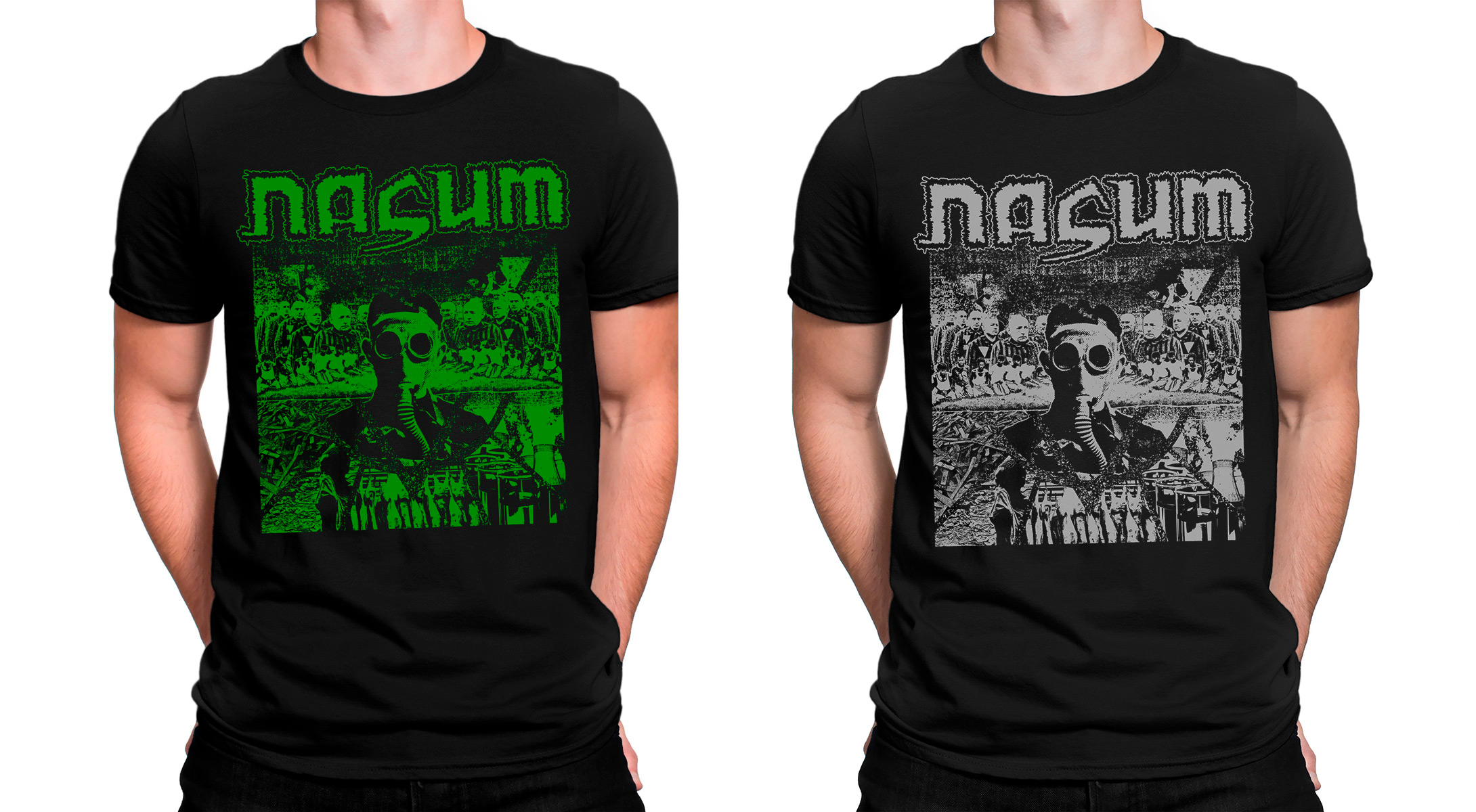 Previous posting:
Live stuff from 2000 added to the vault!
Next posting:
The show from a parellel world?