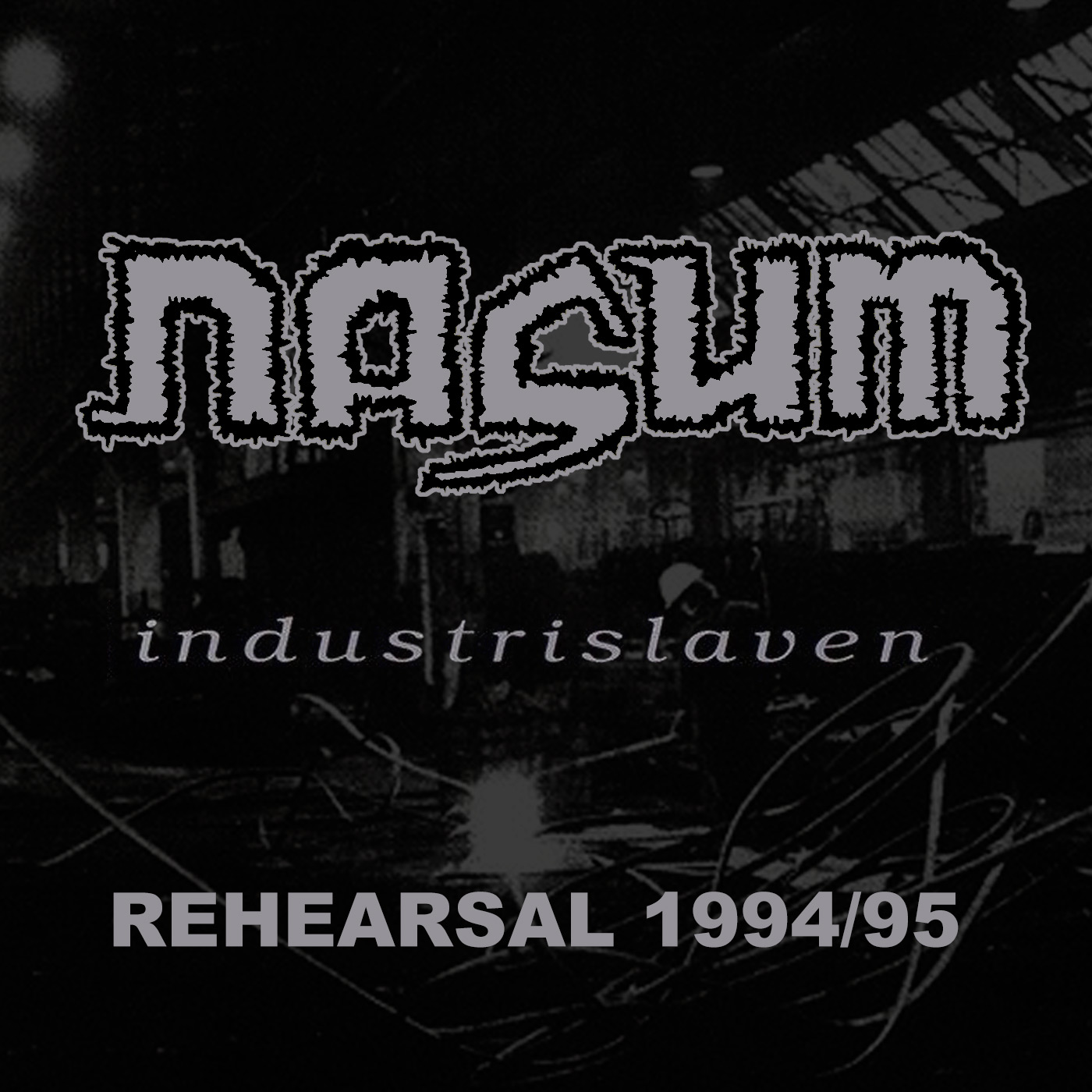 NOTES ON A REHEARSAL

This nine track rehearsal has almost all of the new songs of the "Industrislaven" MCD. The final recording had five (six, if you count the hidden second version of "Revolution") re-recordings from "Domedagen", an intro, outro and a short joke song that was all made in the studio and ten new songs. So nine of ten are almost all of them.

Since I don’t have a date for this rehearsal, or should I say rehearsals since they are two, I can’t remember if we knew we were doing "Industrislaven" or just wrote songs. I sort of believe that it was the latter and that we added all those re-recordings to get enough material. Who knows? Many years have passed... That said, I can't say for sure if this was recorded in late 1994 or early 1995. "Industrislaven" was recorded in February 1995 and since these rehearsal songs are pretty much finished they could have been recorded just before we went into the studio. Again: I don't know.

Anyway, what strikes me as a bit funny is that we apparently rehearsed with Mieszko playing the bass. This was when I played the guitar and Rickard was the singing drummer. It certainly gives a “band feeling” to the rehearsal. As I remember things from the years prior to this, we usually rehearsed with two guitars and drums. Perhaps Mieszko chose the bass this time to practise for the recording as he played the bass as well as the guitar in the studio?

I don’t have that many individual comments to the songs. I kept a false start of "Skithus" just for that rehearsal feeling (and to give you a taste of Mieszko’s speaking voice). I also kept Rickard’s exhausted exhale before the blast only "Ingenting att ha!" that ends the rehearsal. Just for the fun of it. Other than that it should be obvious that the sound changes slightly on the last three songs, which indicates that there are two different sessions in this recording.