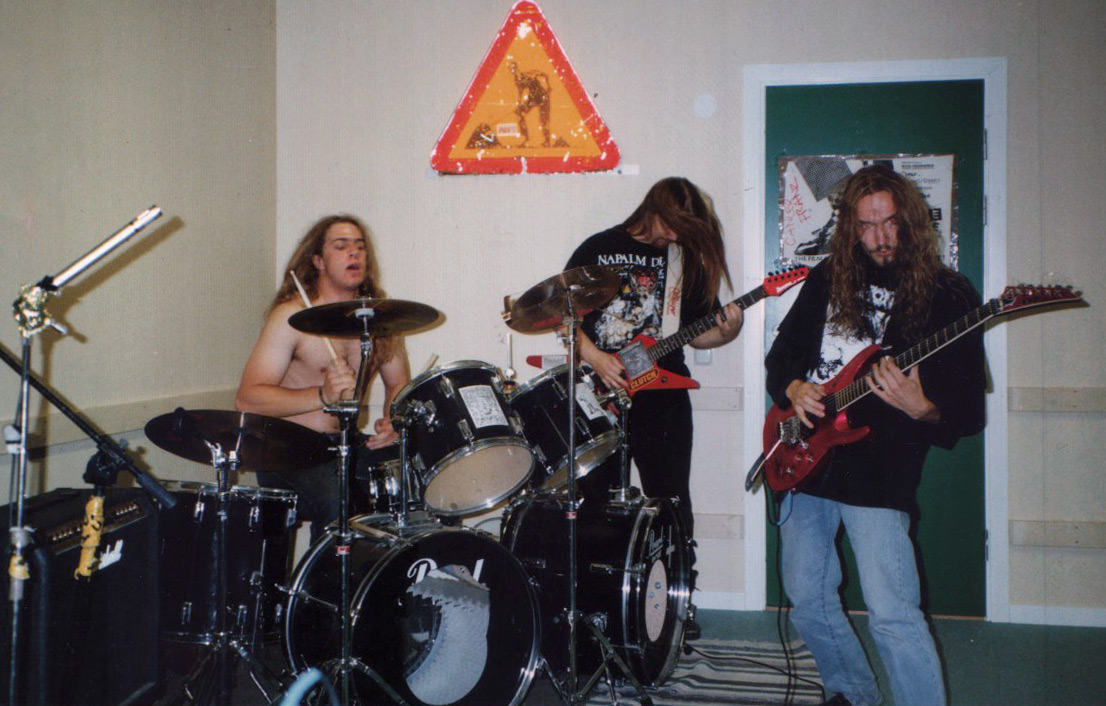 Let's say that Nasum is 30 years old today. No, it's not the proper "birthday" of the band, that was probably during the summer some time, but let's say we celebrate today. And let's say Nasum brings the gifts. What do you get?

Well, two brand new OLD rehearsal albums from the vault. Last year I went through all my tapes looking for things from the past and I found a lot, but not all. I've been sitting on the "Earliest Recorded Nasum Reheasals 1992" for quite a while as I was hoping to find some more stuff that I know exist, but I never found it. Then we have the "Smile When You're Dead/Grindwork Rehearsal 1994" with a creatively charged trio version of Nasum.

Great stuff from the vault, but not with the greatest sound of course... I've priced the albums low, the early stuff extra low, so feel free to visit https://therarenasum.bandcamp.com/ for these two albums and many more.

And celebrate the 30 years of Nasum any which way you want!

Previous posting:
Minidiscs, Mieszko tapes and masterreels
Next posting:
There are no later posting.